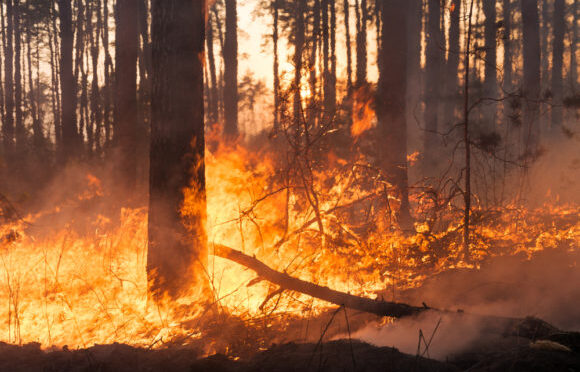 2020 is nearing its crescendo as the world continues to plod through the pandemic, economies are sluggish- if not in decline, and American politics are soon to shake the world once more in November. Throughout what we all hope is a brief tribulation and not omens of unwanted gifts to come we’ve once again heard calls of Peak Oil and how we’re now in the Renewables Revolution. That, simply, is not the case.

California forests burn at record rates and the entire blame is assigned to climate change. However, many claim that the fires are attributed to California’s poor development planning and unnecessary underbrush clearance ban. To embrace such logic and absolute reality for the abandonment of such policies would be unthinkable! Yet here we are. Facing a crisis wherein the responsible Party casts doubt and blames the federal government for California’s poor policy decisions. If climate change is the culprit why are Europe, Africa, Asia, South America and the other two members of North America not suffering the same consequences? Why does it seem to be the case that California and Australia are the only sufferers of climate induced forest fires? And should that actually be the case, it’s likely prudent that we start to investigate how climate change induces spontaneous combustion, right? 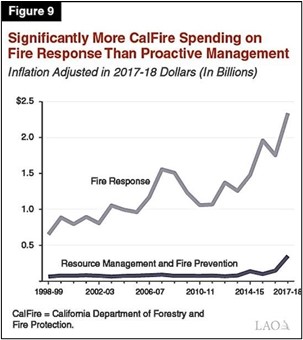 Left-wing ideology would have you believe that climate change, oil and coal companies and transportation pollution is responsible for these fires. That the drying of LIVING fauna leads to a greater risk of combustion, not the overgrowth of underbrush being constrained by urban development. Nothing could be further from the truth, because if these theories are correct then our homes with a gas can and bag of charcoal in the same garage or shed is at substantial risk. Yet we’re not entering a new level of record urban/suburban inferno.

The same ideology now drives European policy, especially with regard to how Germany rules the European Union. Germany lacks the surface area to install its own renewable energy infrastructure, so it more or less contracts that out. As a result, the country’s carbon footprint has barely declined over past 20 years as it only has maintained roughly a 1% annual decline. Again, that is mostly due to Germany shipping energy in as France provides a large volume of nuclear electricity and 94% of its gas is imported from Russia, Norway, and the Netherlands.

But what happens going forward as Germany has recently more or less stated, “We need to look at improvements in the whole of the EU, not just Germany.” Because in Germany they have installed roughly 30k windmills, a large portion of the world’s solar cells and spend a collective ~$540 billion~ on the Energiewende program to only have cut MAYBE 1% of its carbon production. So now the impetus going forward will be to get the carbon pollution volumes down in the other states that Germany’s economy relies on. Germany can’t afford to, nor does it appear to be willing to subscribe to its own policy prescriptions for risk of looking like a European California. It would rather continue business as usual producing goods for other countries to import and then tell them to get their act together for the greater EU- Rules for thee, but not for me. 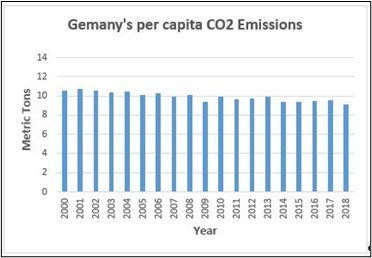 Back to California where rolling blackouts (or brownouts as some call them) plague the state on a regular business. As the most recent episode took place during the outbreak of forest and brush fires again, many mistakenly assume the inferno was to blame for Californians being subject to power shutoffs. To the contrary, it is due to the liberal Democrat policies of prior and current administrations that now fuel an exodus from California. Due to the state renewable energy mandate 33% of electricity needs to come from solar or wind resources. This same mandate requires subsequent increases to 50% (2025), 60% (2030) and 100% (2045). So, due to the fact that California ISO must meet that 33% goal they then cut the generation from traditional sources such as natural gas and nuclear powerplants as well as hydroelectric. Oh yes, that’s correct, hydroelectric is not always considered renewable. By cutting the baseload power- the reason you have power when you flip a switch -the California ISO and power providers are able to reduce that baseload volume so the renewables generation can meet the 33% goal. See, the problem with meeting these types of renewable generation goals is that solar and wind power units are not constantly running. The wind is not always blowing, and a big problem in California is that peak demand happens in the evening when the sun is no longer available for photovoltaic power generation. But because these politicians think that it’s best for you, California and perhaps all of America in the future will be subject to these types of policy implementations.

Really, when are we going to finally get real about the climate and energy problem? We can’t simply transition to a clean energy system. Batteries would not solve the problem either as current and projected future wind and solar systems do not have the efficiency requisite to not cover the entire planet with renewable generation. We need to be honest, find a balance and utilize all of the resources we have available as we progress to a cleaner future. Dump the climate catastrophism and let’s develop real solutions that minimize economic, environmental and health impacts as much as possible.