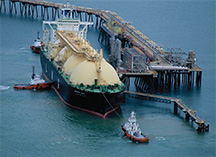 Natural gas in the transportation realm has been somewhat the pot of gold at the rainbow’s end. It’s substantially cleaner and more abundant than crude oil, but due to a lack in capital stock investment it is not widely available as an option in the basket of transportation fuels. However, there is an opportunity for adoption on the horizon.The age of fossil fuel vehicles continues to grow and electric vehicles (EV) are not widely distributed.

In the United States an estimated $2-$4 trillion infrastructure investment is needed to enable EVsto become a common mode of transportation for individuals and companies; not to mention EV technology’s heavy load hauling limitations. The capital investment alone makes adoption of EVs a near term impossibility, even when not considering the need for the rare earth minerals to fulfill production demand and the associated environmental damage to manufacture and fuel such vehicles.

Fossil fuel vehicles provide more of an immediate opportunity. Kits exist for retrofitting vehicles to utilize natural gas (NG) for current gas cars and trucks to enable municipalities to adopt natural gas as a fuel in short order. This approach could increase the life of current on-the-road vehicles and stimulate carmakers to develop new NG vehicles to capitalize on new and existing infrastructure – perhaps the greatest hurdle to NG as a transport fuel. IHSCambridge Energy Research Associates see natural gas as a much cheaper source of fuel for transportation in the long term with the acknowledgement of the associated risks being technology, extraction costs, safety, and regulation.

Currently in the world market for NG vehicles, there is not much demand, however, the current infrastructure has not enabled a specific demand to develop. Many public transport systems take advantage of NG to fuel buses and trolleys. The utilization even extends to some localized areas in commercial applications- areas abundant in natural gas resources with the ability to install NG fueling systems.

Critically, advancements need to accelerate in the form of new materials. Core to the utility and mainstream adoption of natural gas as a transportation fuel are lighter, stronger vehicle fuel tanks and storage. Safe, stable platforms for fuel storage and transport are the tallest hurdle now. Until we can develop a widely adoptable platform, use and consumption of natural gas as a transportation fuel will remain a resource of entities with larger volumes of capital.

By strategically investing in smaller NG infrastructure assets, governments and companies could partner to grow transportation NG from a small volume market to a mainstay for heavy hauling applications in commercial trucking and consumer vehicles. North America and Europe can establish committed LNG infrastructure before any other global actors have the chance to undercut them. It would provide both continents and their countries with safer, cleaner, cheaper and more secure sources of fuel for transporting goods and people. Critically, the focus on infrastructure needs to revolve around retail access for vehicles (LNG for a Long-haul basis, CNG for shorter commuting and hauling). Currently there are several hundred retail natural gas fuel stations in the US and Europe (200+ in UK, Spain, Nordic counties, and Italy combined). For a committed transition of capital stock viable infrastructure, components need to be developed concerning safety, efficiency, and scale. Vehicle tanks need to be insulated for fuel retention and durability to mitigate the risk of dangerous involuntary release after a vehicle collision event.

Ports along the Gulf Coast of the US stand ready to facilitate the demand for Europe and North America. The added fuel would provide market stability as a competitive substitute to gas and diesel from crude exports originating from the more hostile and unstable areas of the world.Today the world is awash with fossil fuels, however, the world will return to growth and demand will need to be satiated. Now is the opportunity to deploy capital at lower costs so that businesspeople and regulators can take advantage of emerging technologies to turn toward a cleaner economy, but still a reliable and responsive economy. 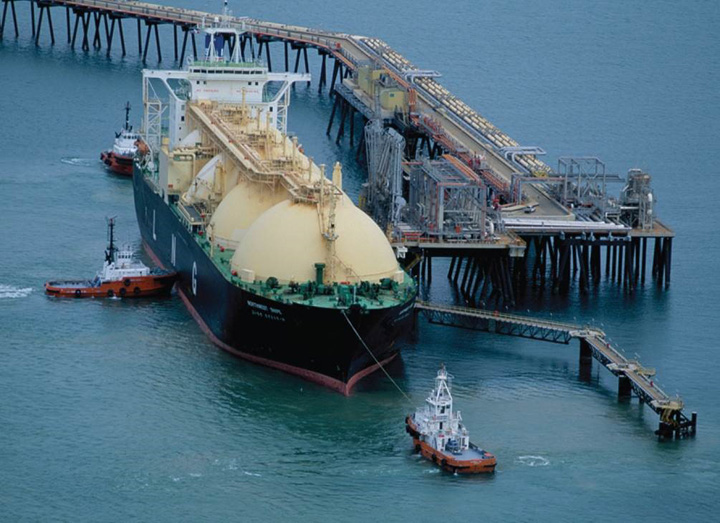 In the US, companies are taking advantage of the economy of scale nature of LNG. LNG requires for capital intensive infrastructure and equipment but is more suited to larger and longer operating duration applications because of the energy density being 1/600 of the hydrocarbon’s normal atmospheric state. The shipping industry appears to be taking advantage of LNG due to the marginal increase in costs in terms of total capital expenditure for a ship for the benefit of meeting regulation requirements and economics due to maintenance and fuel costs compared to alternative fossil fuels (7%-15% cleaner on a well-to-wheel basis). For some time now, Kenworth has produced and sold the T800 LNG truck for these exact purposes. Utilizing a light blend of diesel (5%) and LNG (95%), the T800 can lower the operating expenditures burden for trucking companies that have access to LNG transportation and fueling infrastructure.

With growth stymied, companies should look to the present for new capital investments to broaden and deepen their product lines and service offering with cleaner, cheaper, and more reliable technology. With a measured and calculated approach to energy investment we can curb pollution output while facilitating stable, reliable economic growth by leveraging current infrastructure and capital stock retrofits. Expansion from Europe across northern Asia provides a great opportunity for natural gas transportation fuels development.

Russia has vast supplies of natural gas, and due to policy and regulation the United States has become a key exporter of LNG to Western Europe. With a secure supply a reliable transportation system traversing major European countries and into Ukraine and Russia could not only aid in emissions reduction and commodity volatility, but also aid in supporting regional geopolitical relations.

Our current systems and infrastructure continue to show their vulnerabilities. As with any free economy, the developed and well capitalized countries of the world should look to begin replacing older, worn technology with newer, cleaner and more efficient substitutes that would facilitate the economic growth we need.