Justin (Judd) Swift serves as the President and CEO of Synfuels Americas.

Mr. Swift was the Deputy Assistant Secretary for International Affairs with the U.S. Department of Energy, Office of Fossil Energy from 2004-2009. He helped move new energy technologies from the U.S. Department of Energy’s programs into the developing world, while preserving intellectual property rights of domestic corporations. He contributed to capacity building and financing for developing countries within the Carbon Sequestration Leadership Forum (CSLF), successfully shifting international attitudes toward clean coal technology and being a builder of bridges between the industry, environmentalists and government in areas related to fossil energy.

He was honored to serve U.S. President George Herbert Walker Bush as the White House Deputy Director of Advance and Strategic Initiatives. In this role, Mr. Swift played an integral part in preparing for domestic and international Presidential events and in executing the President’s message though the selection and management of the venue, coordinating with federal, state and local agencies, the media and frequent interaction with the full range of the other White House offices and the Secret Service. 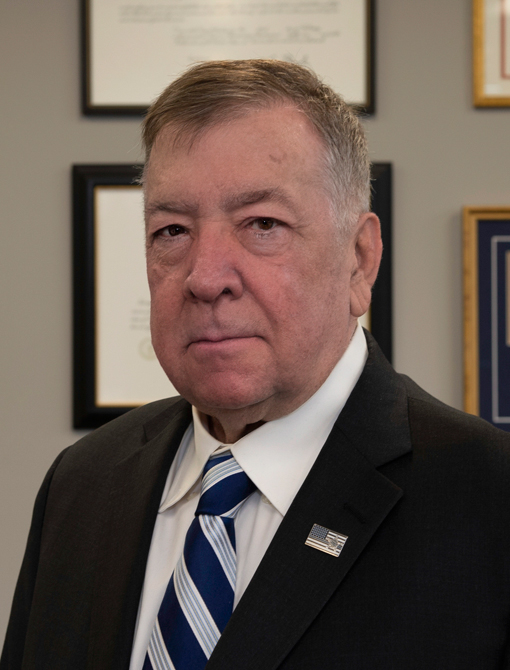 This included a focus on CO2 emission-reduction tactics for all types of industries. Mr. Swift has global experience in CCS—particularly in the area of building carbon sequestration capacity—and the utilization of CO2 for enhanced oil recovery and development of bio-fuels. He was also a champion to mitigate CO2 emissions through development of higher thermal efficiency technologies, such as supercritical and ultra-supercritical power plant development.

Dr. Yong Wang Li is the founder and General Manager of Synfuels China Technology Co., Ltd., a company focusing on Fischer-Tropsch synthesis (FTS) technology and commercial development since 2006. Dr. Li operates a very successful business in China and has built up a series of subsidiary companies around the world. Synfuels China employs more than 250 researchers and 500 engineers. 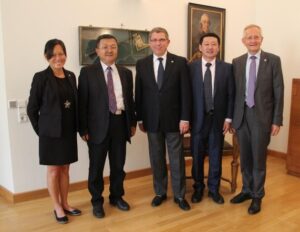 The success of the Synfuels China is built upon its proprietary technologies being utilized in three operational coal-to-liquid (CTL) plants and the construction of one of the world’s largest CTL plants in China producing 100,000 barrels per day (BPD). Dr. Li and the Synfuels Americas team are working on gas-to-liquids (GTL) development utilizing the most recent advances in science and technology.

Dr. Li is one of the world’s top scientists in Fischer Tropsch technologies. He holds a B.S. and M.S. in Chemical Engineering and a Ph.D. in Physical Chemistry. He serves as a leading professor at the Chinese Academy of Science in the Institute of Coal Chemistry. As the Director of the Chinese National Engineering Laboratory of Indirect Coal Liquefaction and the Director of National Energy Research Center for Clean Fuels from Coal, Dr. Li built a strong research team and developed a series of advanced research projects in industrial chemistry, catalytic mechanisms, and FTS technology. Fundamental research is also conducted under his supervision in the fields of quantum chemistry, molecular simulation, catalysis, kinetics and process simulation related to coal and gas conversion processes.

Dr. Li has published more than 600 scientific papers, obtained more than forty authorized patents and one software copyright. Most of his research was conducted under the prestigious program within the Chinese Ministry of Science and Technology (MOST). His research has won many awards, such as Germany’s Alexander von Humboldt Award, several Chinese National Technology Invention and Scientific Innovation Awards, and the Chinese Academy of Science’s Outstanding Science and Technology Achievement Prize.

Over 600 publications, many are found at  https://www.researchgate.net/profile/Yong-Wang_Li

Dr. Li has published more than 200 scientific papers, obtained more than forty authorized patents and one software copyright. Most of his research was conducted under the prestigious 863 program within the Chinese Ministry of Science and Technology (MOST). His research has won many awards, such as Germany’s Alexander von Humboldt Award, several Chinese National Technology Invention and Scientific Innovation Awards, and the Chinese Academy of Science’s Outstanding Science and Technology Achievement Prize.

Synfuels Americas is an advanced energy technology provider that promotes research and business development in the United Stated of America (US) and internationally.
Take Our Survey