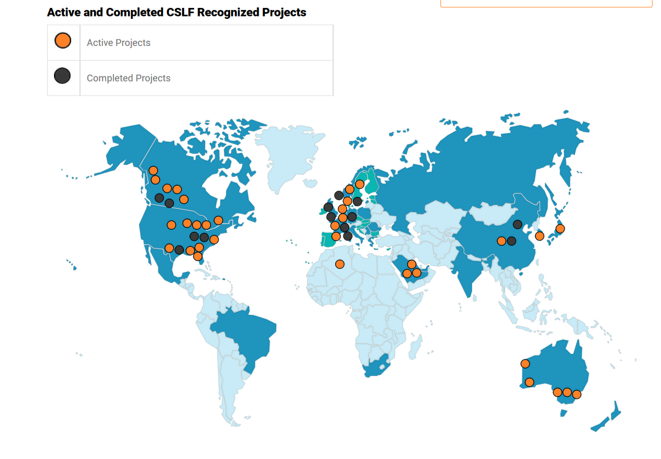 Mr. Judd Swift, CEO of Synfuels Americas, was invited to attend the Carbon Sequestration Leadership Forum (CSLF) held June 27-30, 2016 in London. The Carbon Sequestration Leadership Forum (CSLF) is a Ministerial-level international climate change initiative that is focused on the development of improved cost-effective technologies for carbon capture and storage (CCS). It also promotes awareness and champions legal, regulatory, financial, and institutional environments conducive to such technologies. The keynote speakers included the Vice President of Statoil and the Honorary President of the Carbon Capture and Storage Association. Sessions focused on the role of CCS, specifically assessing the deployment and infrastructure challenges to full-scale implementation. Lessons learned from R&D activities and programs were presented and concluding remarks were provided by representatives of the United States’ Department of Energy and the Research Council of Norway.

As of June 2016, there were 49 CCS projects across five continents recognized by the CSLF, with 15 completed. The next wave of CCS technology, if implemented at power and industrial plants, will provide much-needed experience at a scale approaching or matching commercial scale in addition to the integration of capture technologies with the rest of the plant, paving the way for subsequent cost reductions. Two take-away themes included: 1) the need to change the business model for CCS and develop an investable business model, 2) develop different business models and incentives for capture versus infrastructure. Other potential solutions included developing projects via a public-private partnership approach.