CSIS: A Discussion with His Excellency Ali Ibrahim Al-Naimi 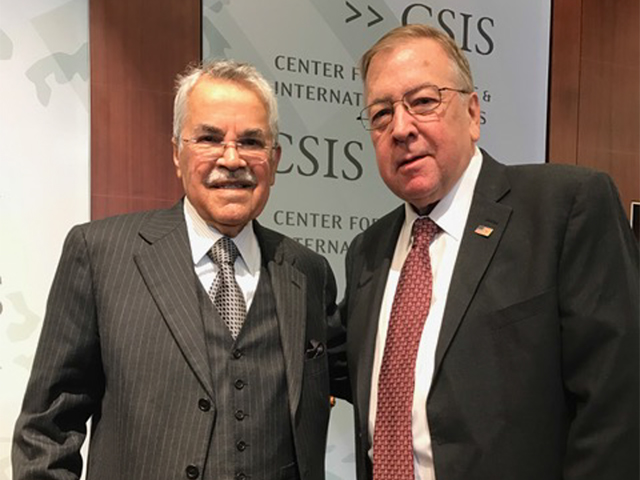 Mr. Judd Swift attended a Center for Strategic & International Studies (CSIS) discussion in Washington, DC with His Excellency Ali Ibrahim Al-Naimi, former Minister of Petroleum and Mineral Resources, Kingdom of Saudi Arabia. The event on December 2, 2016 showcased a career that spanned more than six decades in the Kingdom’s energy work, including 21 years (1995-2016) as Minister of Petroleum.

Mr. Swift added: “It appears that Saudi Arabia is committed to the new OPEC deal and will be reducing their production of oil. I found this to be encouraging, though as you know, there are many other players in the industry. I am hoping the result of this commitment will have an impact on the price of oil that would be beneficial to us in the future.”.

Forbes Magazine identified Al-Naimi, the former Minister of Petroleum and Mineral Resources, Kingdom of Saudi Arabia, as one of the 50 most influential people in the world. His memoirs, Out of the Desert, were recently published by Penguin Random House.