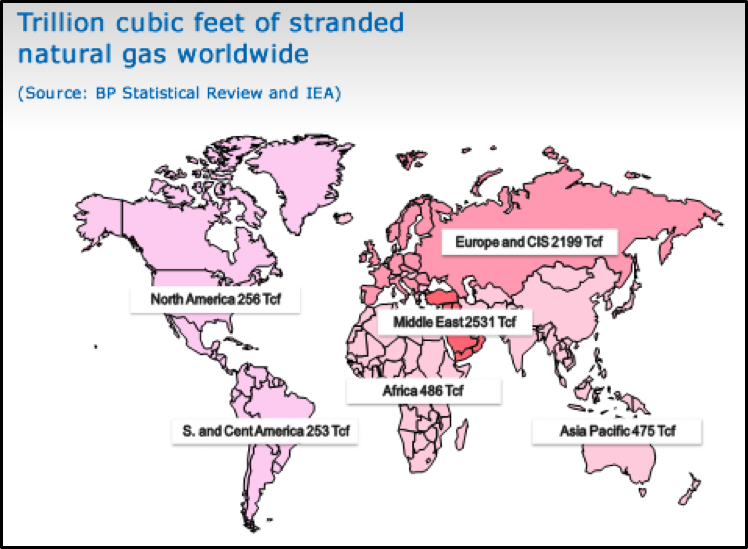 As the globe moves toward more nations reaching the status of developed countries, the syngas industry will need to make concerted efforts to serve the increase in energy demand and take advantage of the lucrative growth opportunities for syngas technology.

In North America progress can be made by capitalizing on stranded gas resources that have been left behind due to the economic infeasible nature of drilling and extracting these displaced resources. An alternative approach is to create value at the wellhead with small, mobilized, modular conversion platforms. Many US natural gas and crude pipeline systems are currently at capacity, and the process for planning, permitting, and constructing more capacity borders on impossible in some cases. This scenario creates an opportunity for syngas firms to create value by implementing conversion and refinement processes further upstream in the supply chain.

South America- frequently unmentioned -is a promising developmental area, but lacks the attention and publicity the new Eurasian development initiatives garner. However, South American nations have large, secure sources of fuels ripe for use in their respective economic development. Being in such proximity to the North American Trade Group, South America- it can be argued -is at a greater advantage than those developing nations in other parts of the world. North America is the globe’s number one economic power as well as being the most reliable and secure. Should South American nations shake off some of their “anti-capitalist tendencies”, those populations would collectively be on the verge of an economic boom that may rival the one experienced by China over the past several decades.

Europe is heavily reliant on diesel, yet hesitant on furthering drilling operations. Much of Europe is positioned to benefit from biofuels development to ease its reliance on foreign petroleum products. The UK also has the benefit of a midlands region that could support the industry, and benefit as it grows. In the U.K., new Renewable Transport Fuel Obligations (RTFO) came into force on April 15, requiring fuel companies to nearly triple the amount of renewable fuel they supply by 2032, introducing a new incentive for the production of fuels from waste, and bringing in new transportations sectors, such as aviation. 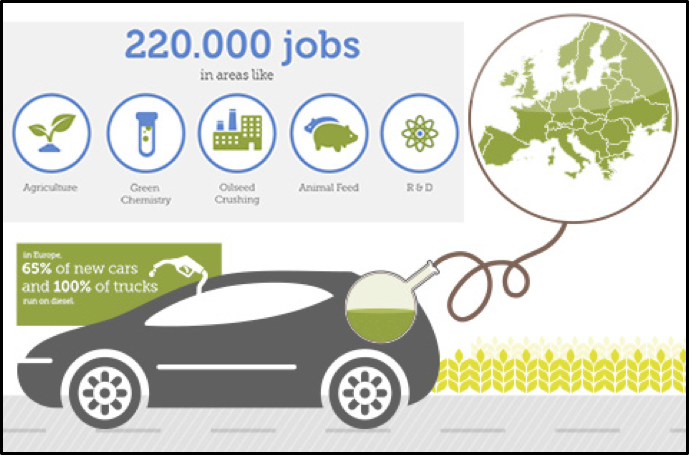 The U.K. Renewable Energy Association noted the RTFO supports ethanol and biodiesel, as well as biomethane and renewable hydrogen. According to the U.K. Department for Transport, changes to the RTFO will require owners of transport fuel who supply at least 450,000 liters (118,877 gallons) per year to ensure the mix is at least 12.4 percent biofuel by 2032. The industry is currently only expected to meet a target of 4.75 percent biofuel. An intermediate target of 9.75 percent is also set for 2020. The regulations also set an additional target for advanced waste-based renewable fuels that starts at 0.1 percent in 2019 and increases to 2.8 percent by 2032.

Poland, potentially Europe’s number one industrial growth candidate, is currently Europe’s number two coal miner behind Germany. With years of mining operations draining water resources and Poland’s willingness to buck EU policy, the nation is poised to capitalize on not only its abundant agricultural area for biofuels development, but it’s lignite coal reserves are a prime resource for coal to liquids processes. This is where Synfuels Americas/China technology and expertise come into play. Poland’s lignite coal can be converted into liquid fuels like diesel and gasoline. Direct coal liquefaction can directly convert coal into liquid fuels.  Indirect coal liquefaction, such as Fischer-Tropsch, first gasifies the coal into syngas, which is then converted into liquid fuels. A New hybrid process called Stepwise Liquefaction uses the heavy residue produced by direct coal liquefaction as feedstock for the Fischer-Tropsch process.  The energy efficiency of Stepwise Liquefaction is predicted to be as high as 51%.​ With our Step Wise process, we can enable Polish energy producers to efficiently and sustainably produce liquid fuels by capitalizing on the nation’s own assets. This would provide Poland with secure, convenient, low cost fuel to support its economy.

Asia is an energy demand crisis waiting to happen. With difficult access to petroleum resources and booming populations, Asian countries need to begin developing conversion capabilities on a much wider scale. With the rollout of China’s One Belt One Road Initiative (BRI), the requisite level of infrastructure and technology will begin to permeate the region. BRI is a massive trade and infrastructure project that aims to link China — physically and financially — to dozens of economies across Asia, Europe, Africa, and Oceania. Thailand is set to become the pivot nation for BRI as it begins to synergize the Eastern Economic Corridor.

New railways and ports will increase the competition for trade in the areas that they’re built. The exportation of goods from Europe to China aren’t as likely to be positively affected as imported goods from China to Europe, however, the railway connections save ~25-30~ days of travel time for goods that usually are transported by sea. This lowers consumer costs, ultimately frees up more disposable income to be spent elsewhere, fueling economic growth. As the nations along the new Eurasian corridor begin to grow they will need to access secure, low cost, cleaner sources of energy. The syngas industry can deliver on all three of these needs even as European policy continues to be fluid.

Counter to BRI, the United States, Australia and Japan have undertaken a different approach to the Asia-Pacific region. Regardless of any U.S. and Chinese competition, both nations actively engaging economically and diplomatically in the region are positive for its economic development and related energy growth. Recently, the United States announced $133 million for Asian infrastructure spending that would allow the US to export more advanced technology to the region and provide more energy storage resources for the nations of the Asia-Pacific.

In early October, to support US national security, and our economic and political dominance; a new agency was formed. “The United States International Development Finance Corporation “was created and given the authority to provide $60 billion in loans, loan guarantees and insurance to encourage US companies to invest in foreign infrastructure projects in developing nations such as Africa, Asia and the America’s.

With such high levels of investment coming from a diversified collection of investors the options available to the developing nations of Asia are at the precipice of major economic growth and energy demand.

There are many future opportunities emerging for the syngas industry. GTL is now recommended by several reputable institutions, such as MIT, Penn State and the University of Sydney, as the optimal method to monetize stranded gas deemed uneconomical for traditional extraction projects. EU biofuel growth will continue to improve with a stable regulatory framework, creating new opportunities for Fischer Tropsch and syngas in the EU as Chinese CTL plants increase their scale and reduce their environmental footprint.